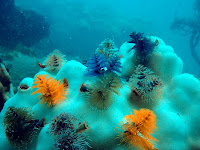 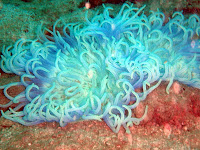 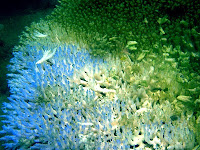 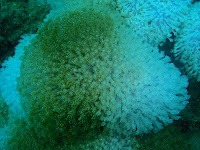 As a tourist destination Koh Samui relies on having great weather for the tourists to enjoy. For the first half of this year nobody has been disappointed as the weather has been unusually good, with temperatures reaching as high as 48 degrees, which is high enough for even the most hardcore sun worshippers.

A downside of the fantastic weather we have enjoyed is the effect the high temperatures have had on the marine life in the seas around Koh Samui and the surrounding islands of Koh Tao and Koh Phangnan. The constantly high air temperatures have caused the sea temperature to rise to 32 degrees for most of the year, compared to the normal temperature of 28-30 degrees. The increase in the temperature for such a long period of time has caused many of the corals on some of the main Scuba Diving Sites in the region to suffer from Coral Bleaching, causing the usually healthy, brown corals to turn pure white or even pale blue – sometimes making the corals even more attractive than they usually look.

What many people don’t know is that Corals are actually animals, related to anemones and jellyfish. Corals consist of a limestone structure filled with thousands of small animals called polyps. Each polyp has a skeleton cup, tentacles with stinging cells, a mouth and a stomach. The tiny tentacles snatch at passing plankton for food, but for their main course, reef-building corals have devised a much more ingenious method to get fed.

Algae called zooxanthellae live within each coral. In return for a safe sunny home, the zooxanthellae eat the nitrogen waste that the coral produces (nitrogen is very good for algal growth) and, like all plants, algae turn sunlight into sugars by the process of photosynthesis. The sugars produced by the zooxanthellae make up 98 per cent of the coral's food. So, without having to do any work at all, the coral is kept clean and well fed, and the zooxanthellae with their brilliant reds, oranges and browns give corals their colour.

The recent bad weather and dropping of temperatures has led to the water temperature dropping to 29-30 degrees and have started to have an immediate impact on the coral, with many already starting to go back to their original brown colour. Lets hope for more hot weather, but not too hot.
Posted by Unknown at 9:05 PM