Finathon at the International School of Samui

So today was the day of the International School of Samui's Finathon to raise money for Shark Guardian and for Project AWARE. The Dive Academy were happy to be involved and sent a team along to join in the fun and to help raise money for these two great causes.

The whole school were involved in the swim with children as young as 5 swimming lengths to do their bit. Each school year were given 30 minutes to swim as many lengths as they could of the 25 metre pool and there were some amazing performances - one of the boys swam an incredible 76 lengths in the 30 minutes - that's nearly two kilometre's in 30 minutes - great job Charlie!! All of the children did a fantastic job and put as much effort into their swim as they could and they can be proud of their contributions.

The original plan for our team was just to jump into the water, splash around a bit, swim a few lengths then get out. Unfortunately the amazing effort put in by the children of the school meant that we had to do a bit more than just get wet, So the plan changed to doing the best we could in the 20 minutes we and the school swim team that were swimming at the same time as us(including Charlie who had already swam 76 lengths earlier) were allocated - all of the kids in the swim team had already swam earlier in the day with their year so the final swim of the day was reduced to 20 minutes because the school didn't want the children over doing things, and not because the Instructor team had requested a shorter time!!

Between the 5 of our staff: Claire, Paul, Sue, Marco and John we managed to swim 100 lengths which works out to 2 1/2 km in 20 minutes - not a bad effort considering how hard work it was and it also lead to us raising 10,000 baht towards the total.

The target set for the day was to swim 2,200 lengths which equates to 55km, but by the end of the day 5,523 lengths had been swam which is just over 138km. The fund raising target is 100,000 baht and from the money raised by selling hot dogs, burgers and beers I'm sure that once the sponsorship money and donations all come in they will reach that fantastic target.

It was a fantastic job of organising the event by ISS and we look forward to joining in next year. 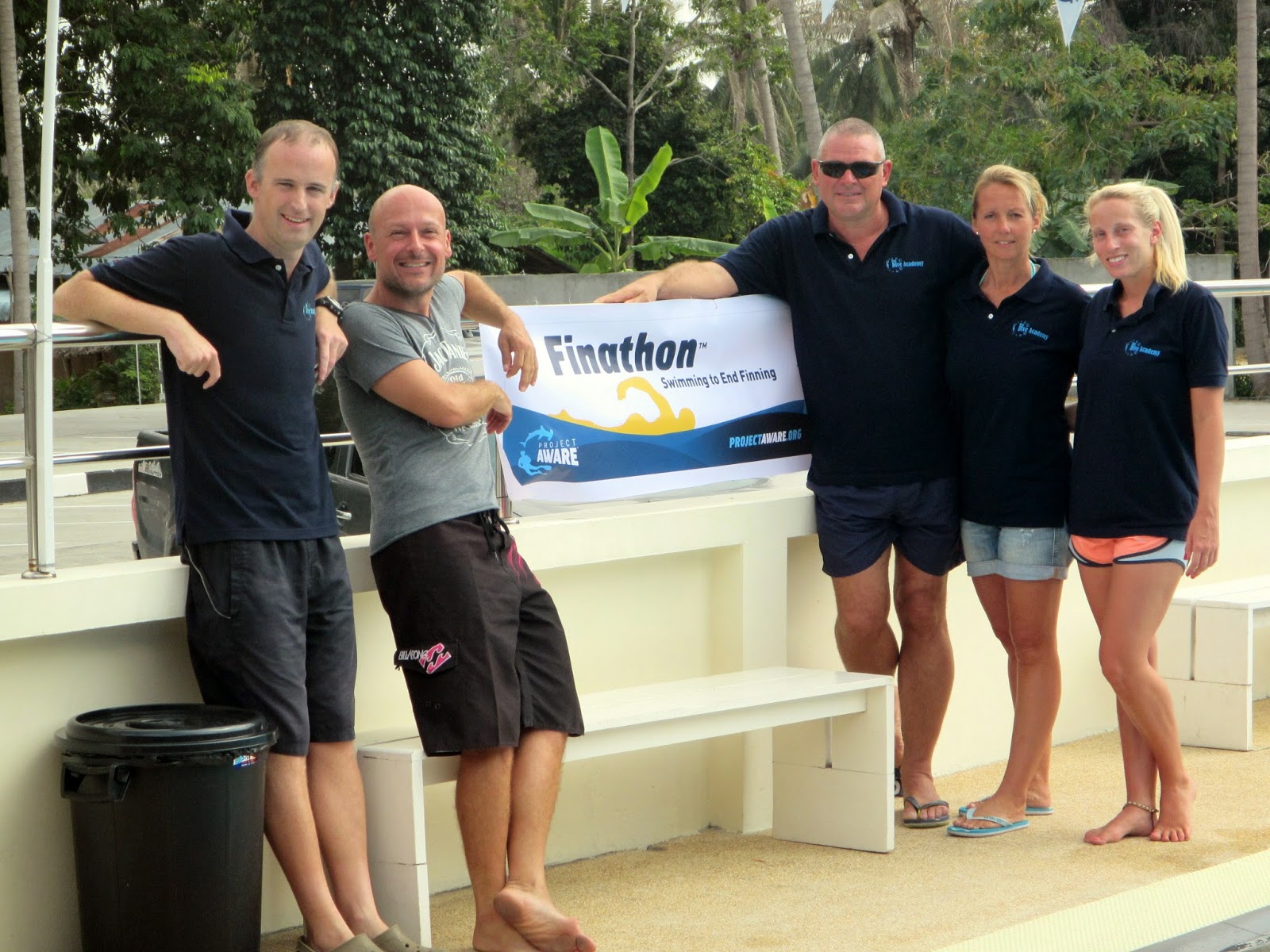 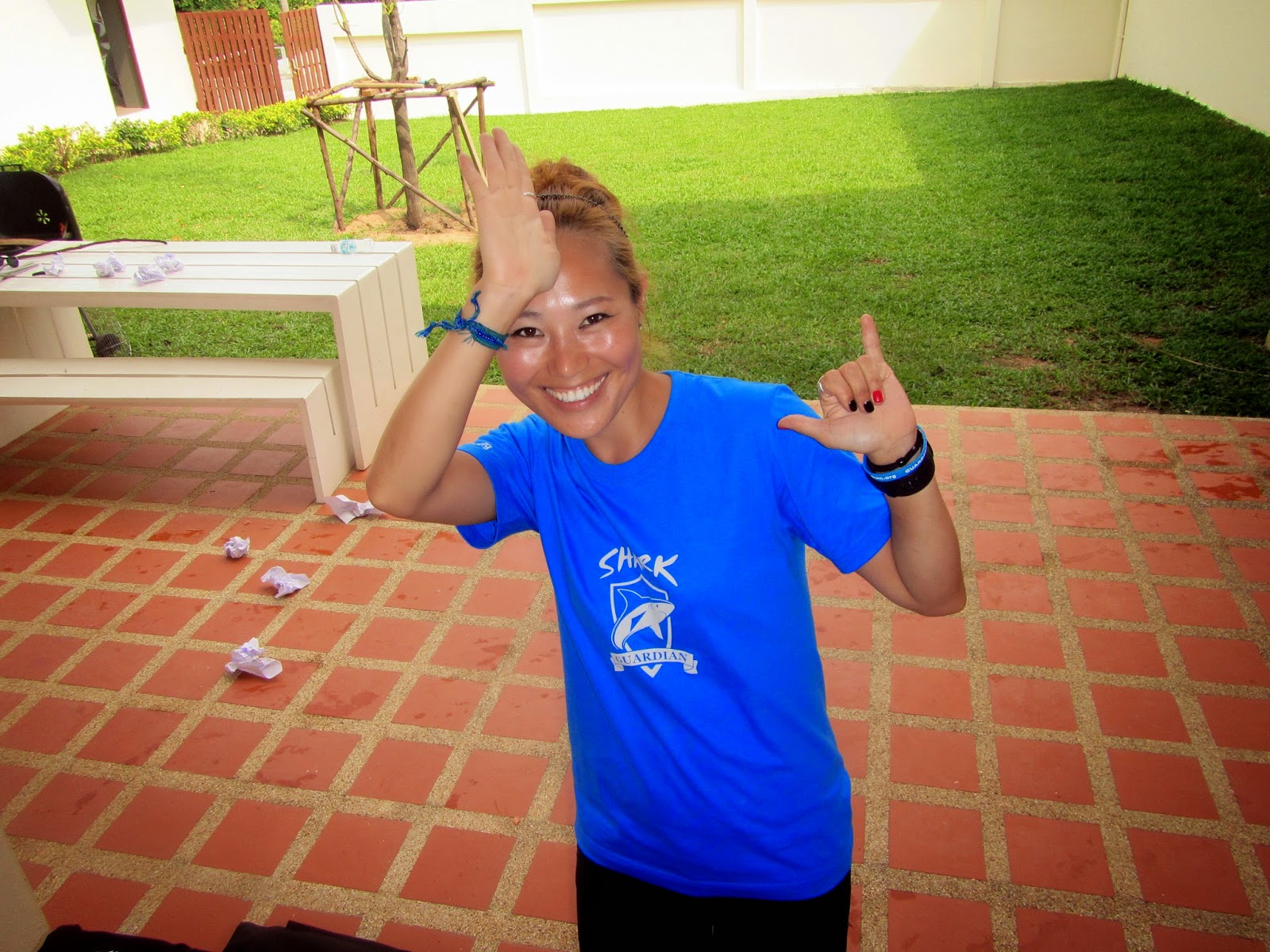 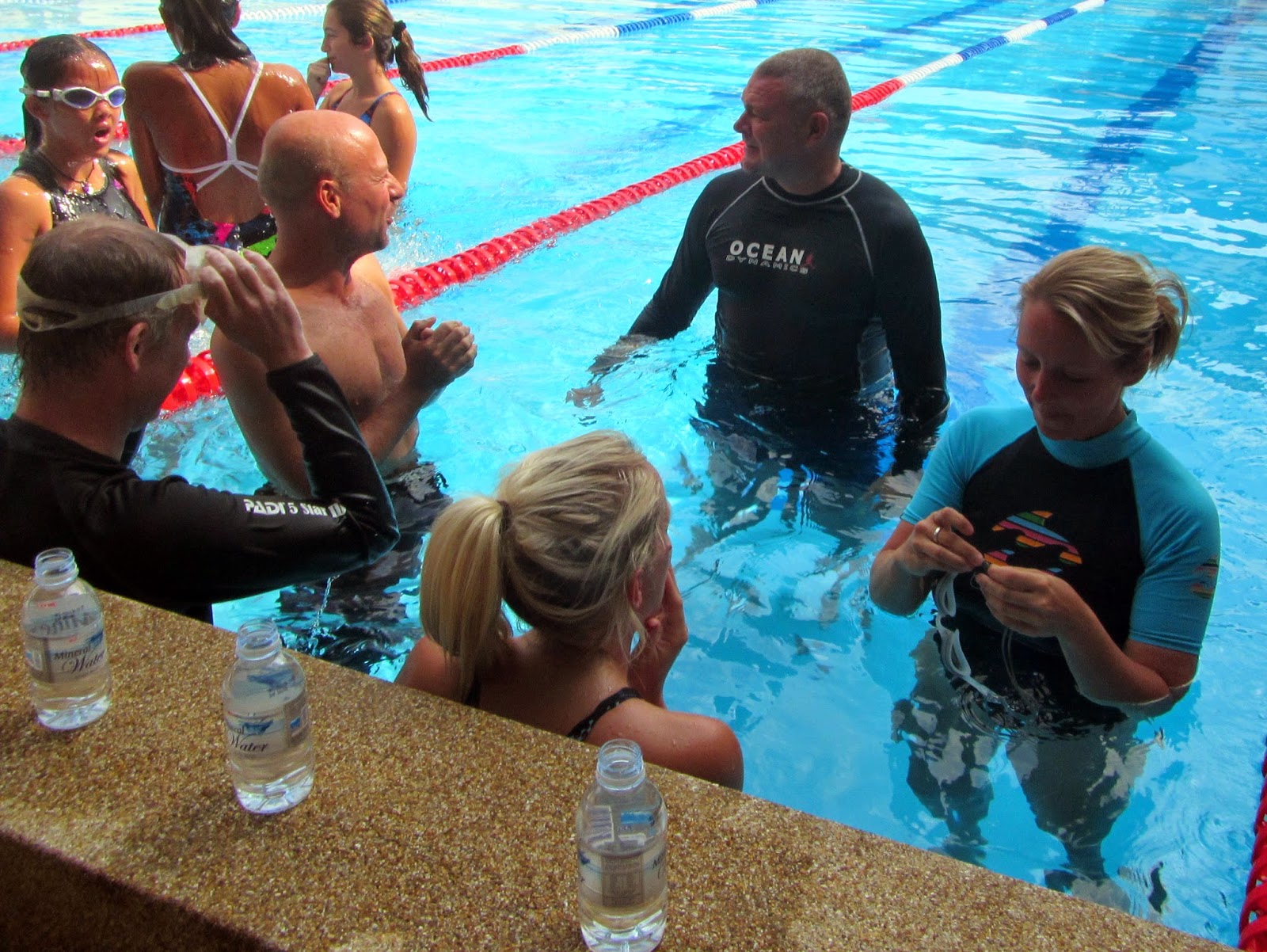 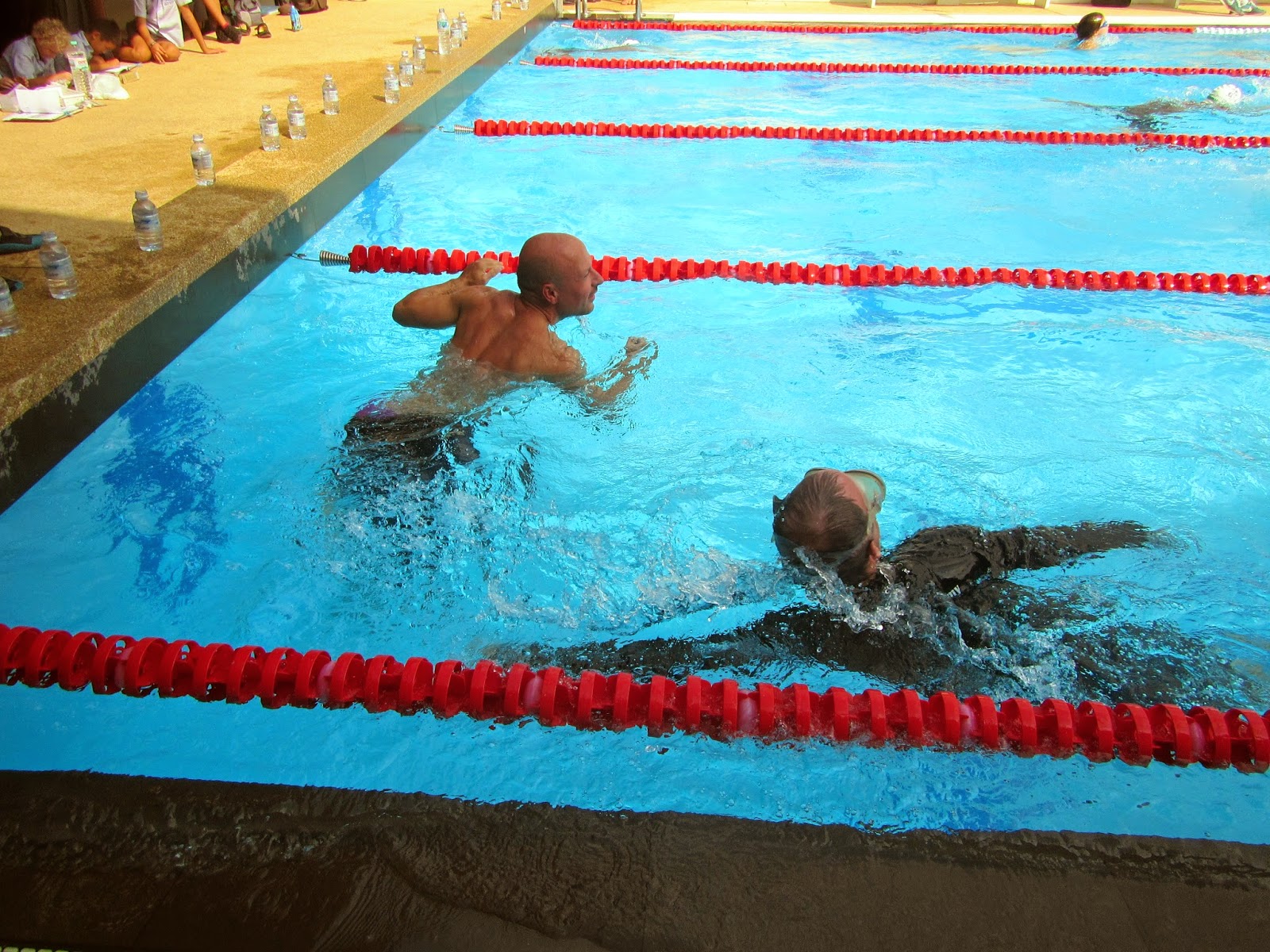 Marco & John giving their all 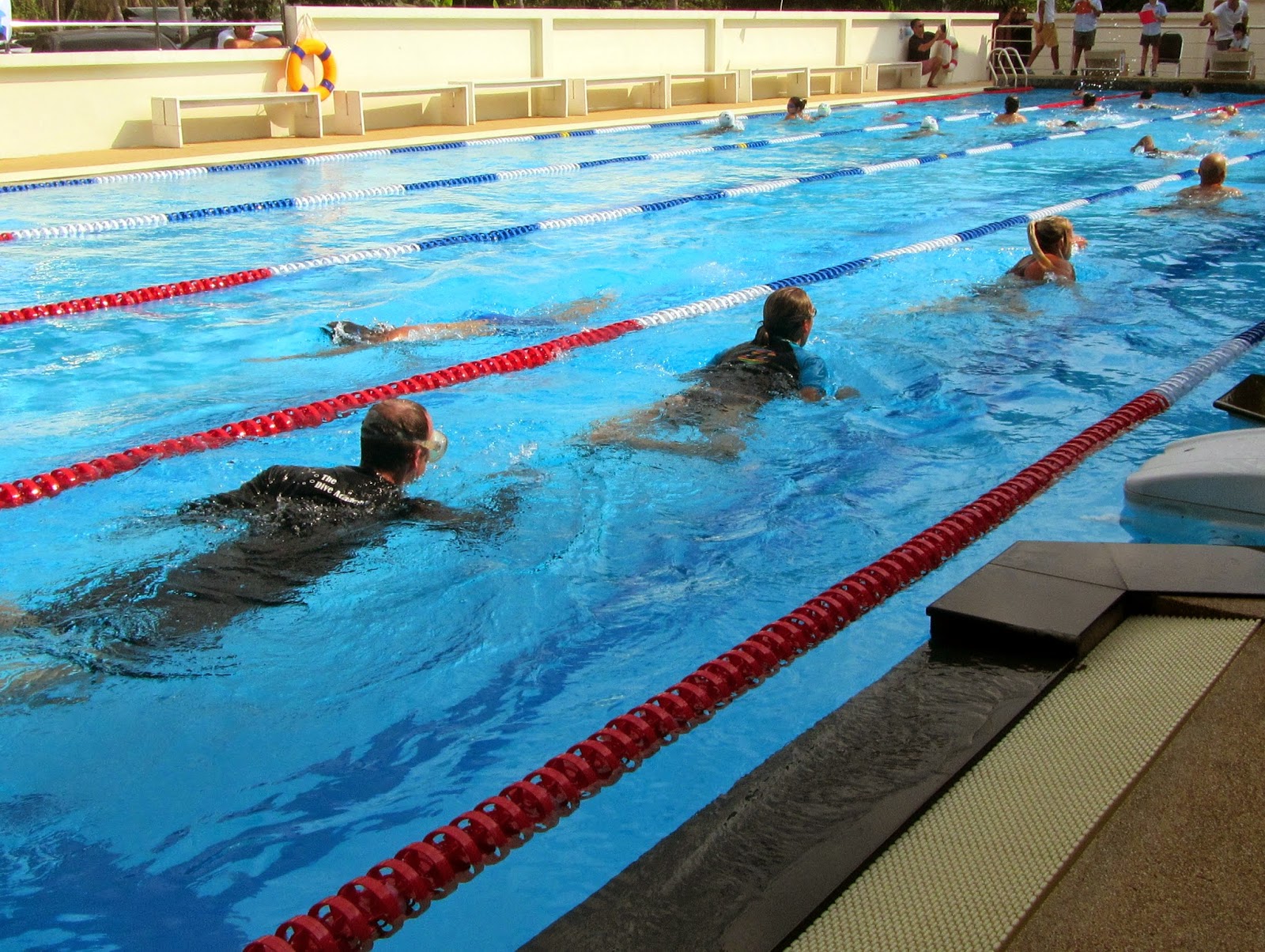 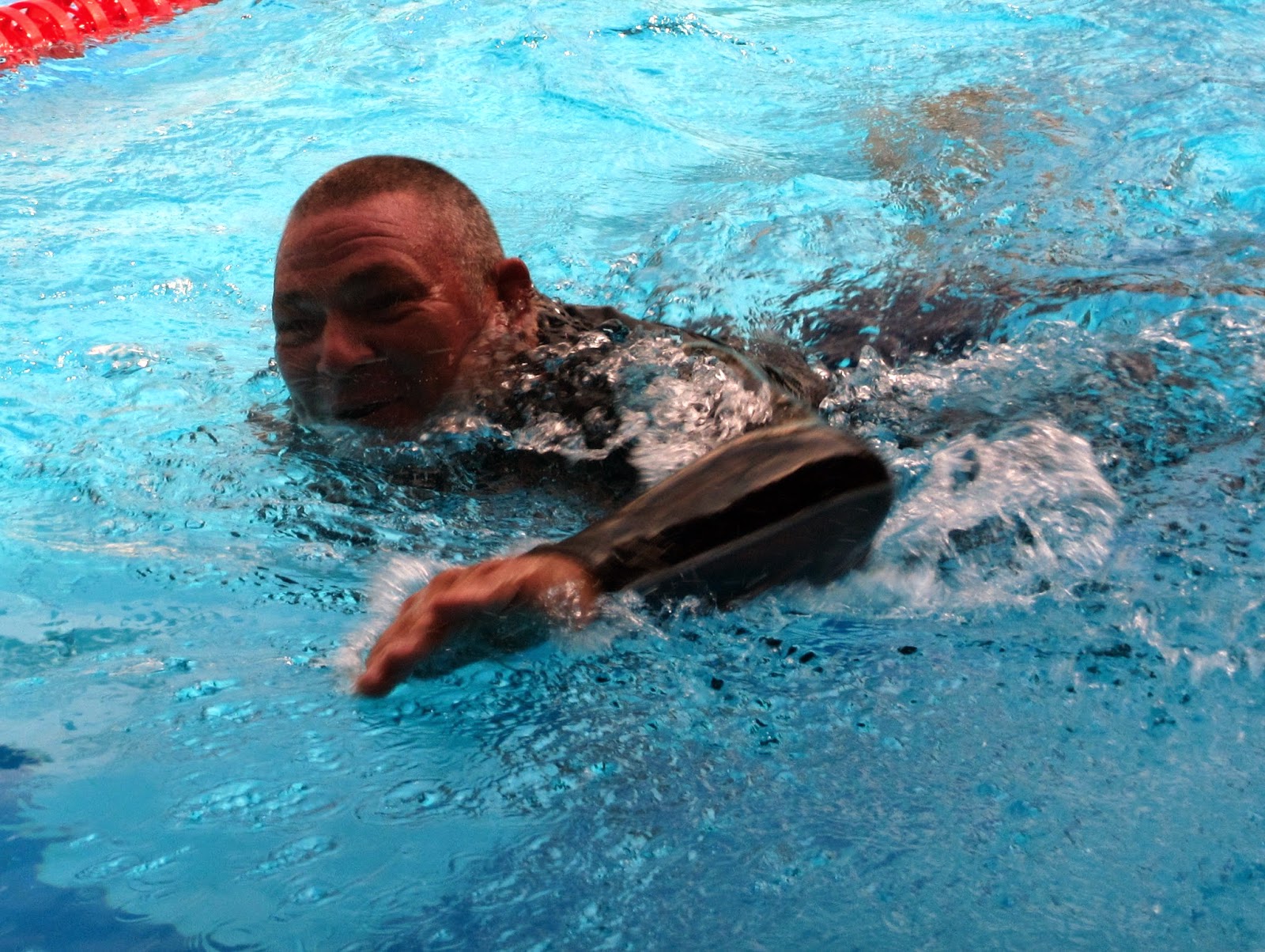 Paul smiling through the pain 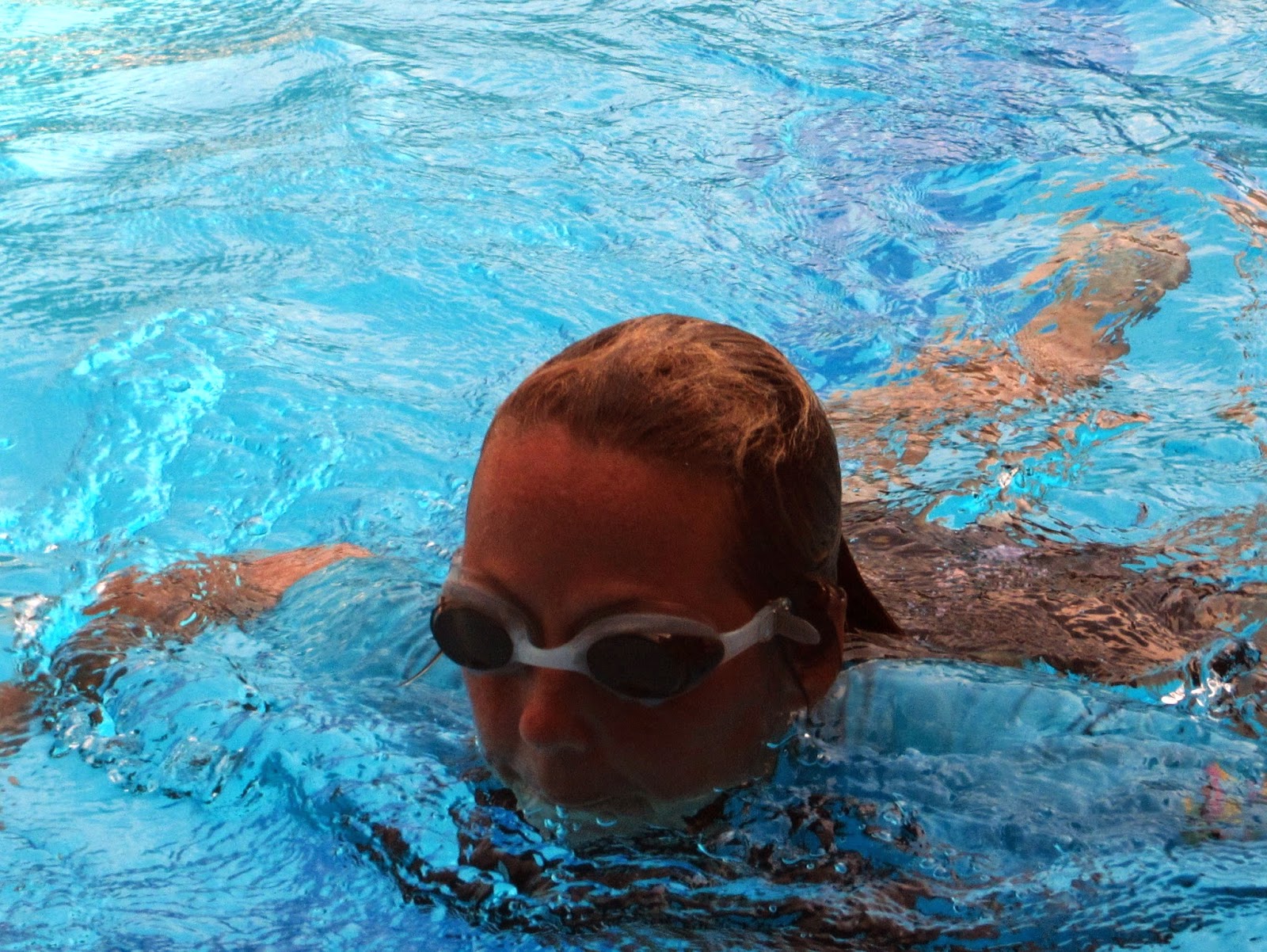 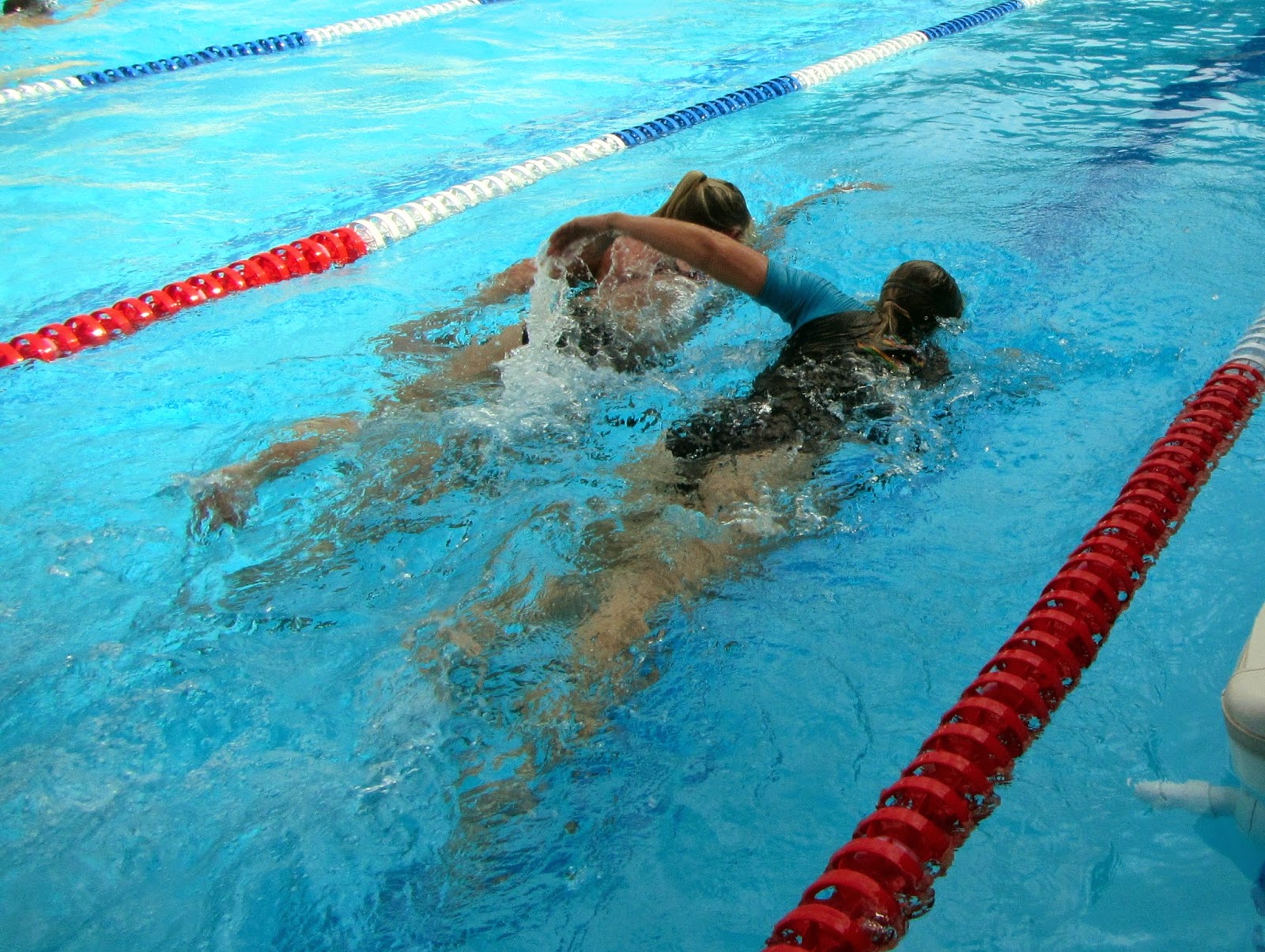 Claire & Sue spurring each other on 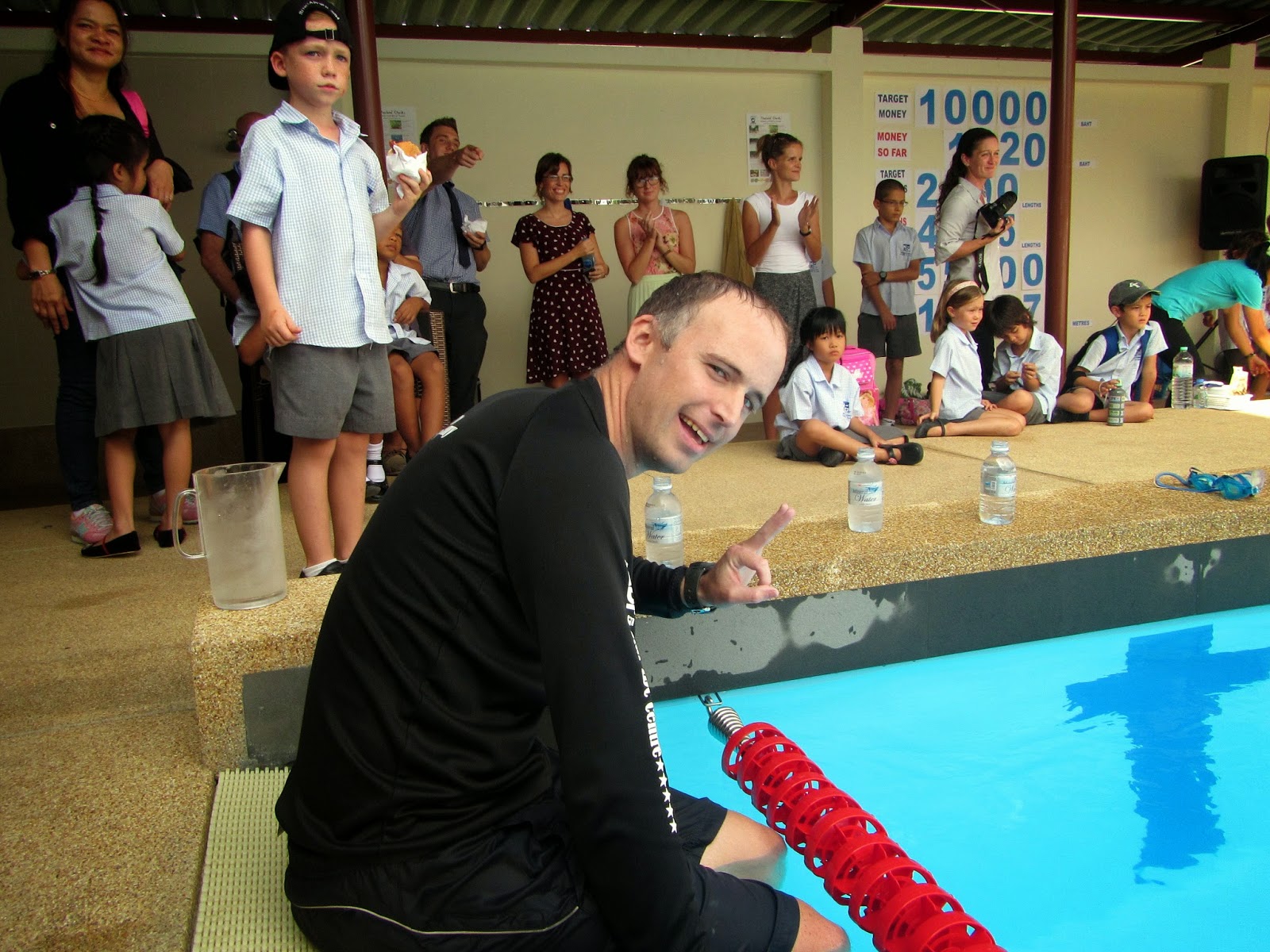 John having a rest 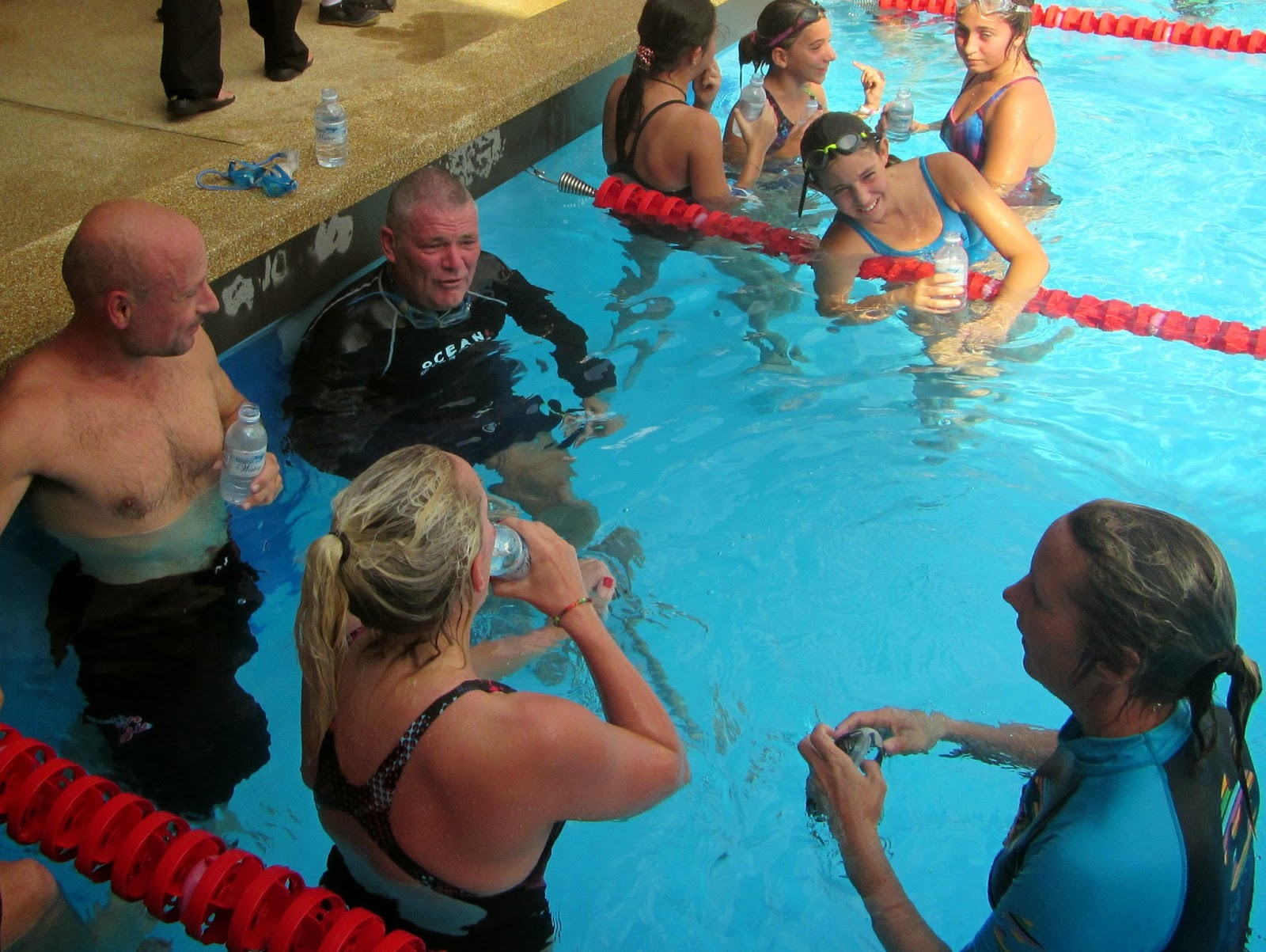 Getting our breath back 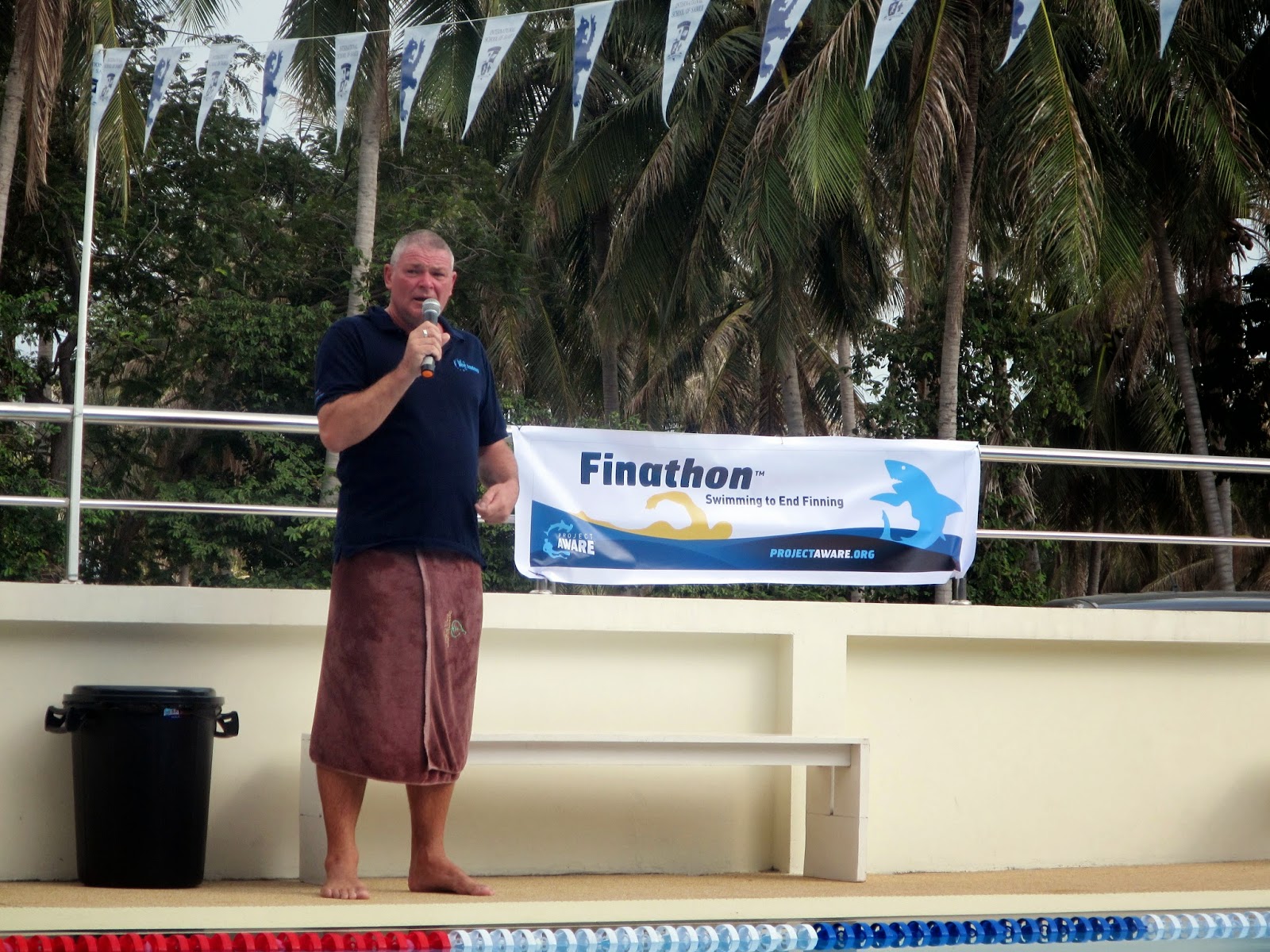 Explaining what Project AWARE is about 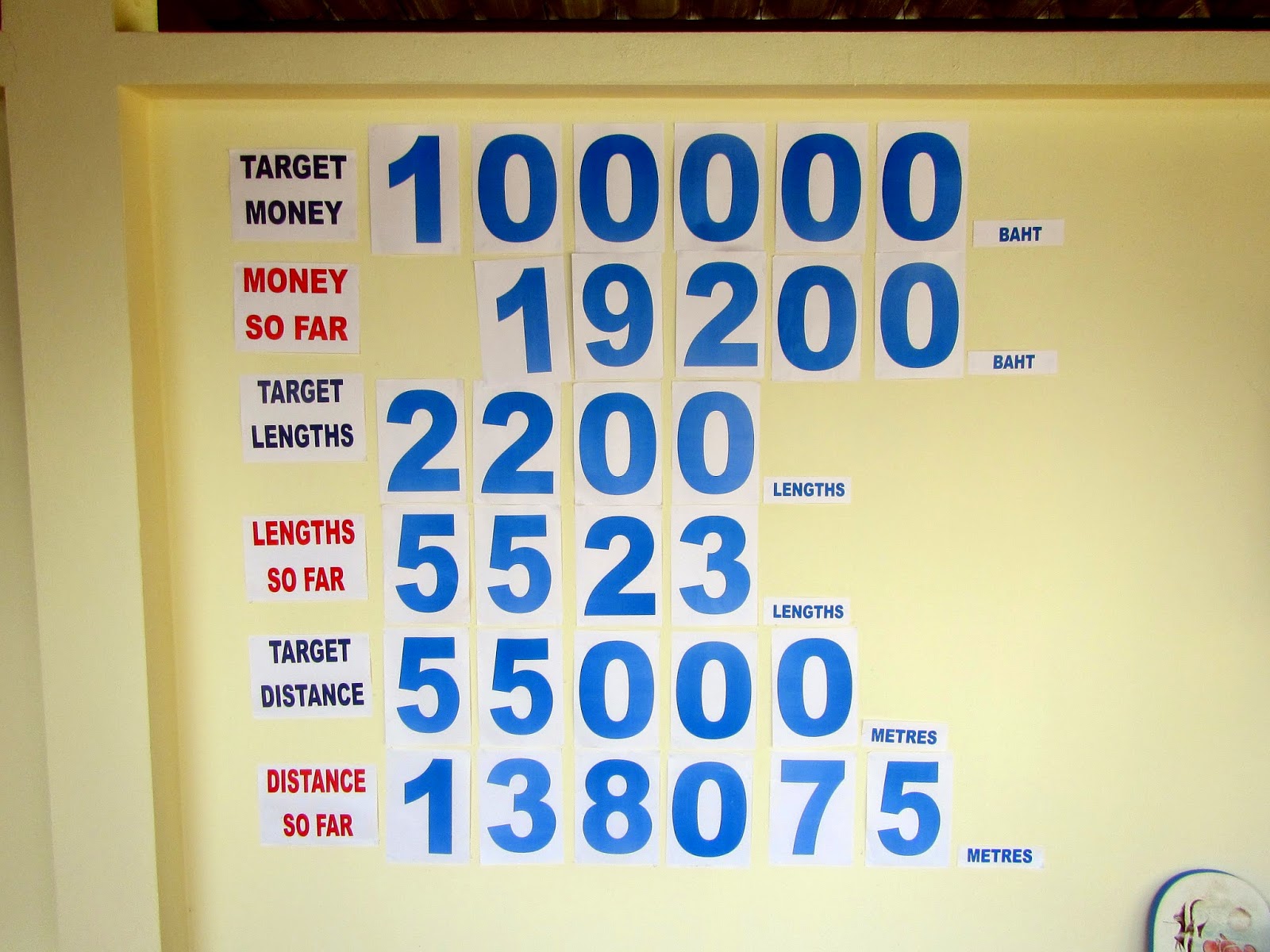 The targets and totals

Posted by Unknown at 5:23 AM No comments:

Divemaster training at The Dive Academy

For the last couple of weeks Sisi and Stephanie have been put through their paces as Divemaster trainees. During one of the busiest times of the year, they have both been experiencing a variety of workshops and practical training sessions that they are required to complete to make that first step onto the Professional ladder.  So far so good and we are seeing good progress being made. The equipment exchange was successfully completed today as was their Rescue assessment and we had more skill circuit practise, mastering skill demonstration. Tomorrow Sisi is working with students completing their Advanced Open Water course and will oversee their Navigation dive as well as practising some more guiding and leading certified divers, whilst Stephanie as a Samui resident is having a day off before she goes back to her day job on Monday! Keep up the good work guys and you'll make great Pro's.