On the first day out Jeff and his crew, consisting of his Director, Cameramen, Producer, Sound man and a couple of assistants, wanted to go to our best dive spots to see the best of the marine life in the area.

For the first spot we went to South West Pinnacle where the visibility was good at about 15m and as expected there was plenty to see for the guys to capture on film. Schools of Barracuda, Snapper, Fusiliers, a couple of very large Grouper, blue spotted stingrays, banded shrimp and the huge bed of anemones were just a few of the things the guys enjoyed filming.

For the second spot we went to the amazing Sail Rock. The visibility there had dropped to around 7m but as usual there was plenty to see, so much so that Jeff decided he wanted to make two dives there to capture even more footage. Unfortunately there was no Whale Shark but one of the resident Giant Moray's was around and even followed Jeff as he swam away, allowing for some good footage I'm sure, especially as Claire was in charge of the lighting during most of the day!! Again, more Grouper, big schools of Trevally and Snapper and a Yellow Boxfish all gave the crew something to capture on camera.

The second day out was a trip to Koh Tao where the crew were meeting up with Nathan Cook from Eco Koh Tao to look at a couple of the fantastic projects they are running.
First stop was to the Coral Nursery next to the most popular dive site around Koh Tao, Twins. The crew filmed Nathan and the guys from Eco Koh Tao collecting fragments of broken coral (of which, unfortunately, there is plenty in the area), selecting pieces that are still able to be rejuvenated then planting them in a frame where they will be left to grow. Once the coral has grown to a significant size it will be moved to either one of the many artificial reefs being developed around Koh Tao to ease the burden on the natural sites, or to one of the natural sites to supplement or replace the endangered coral.

After lunch the crew were taken to Junkyard, which is an artificial site built to be used for diver training and various marine projects. Here Eco Koh Tao have developed a Clam Nursery where clams are being cultivated and protected from natural predators, such as Trigger Fish, by mesh cages. Jeff and the crew were shown how the size and growth of the clams is being monitored and once the clams are big enough to be moved they too will be transferred to another site to help restore the failing population.

It's not every day you have Emmy Award winners on your dive boat filming and it was a great experience for us to see the program being made and we are looking forward to hopefully seeing the episode when it airs.

An added bonus was that all of the crew were really friendly and  a pleasure to be around which made for two nice, albeit long days out when we were coming back as the sun was setting. 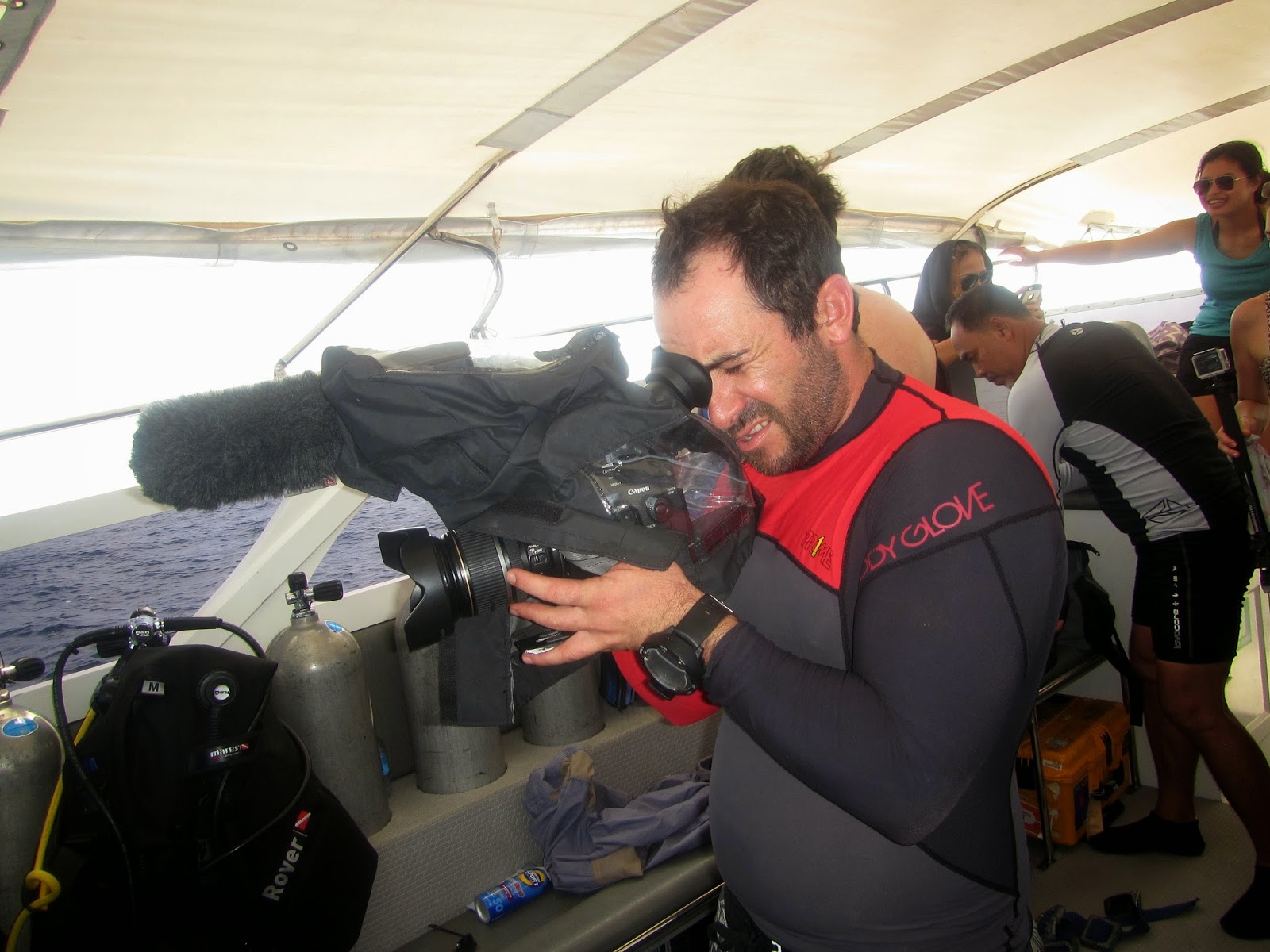 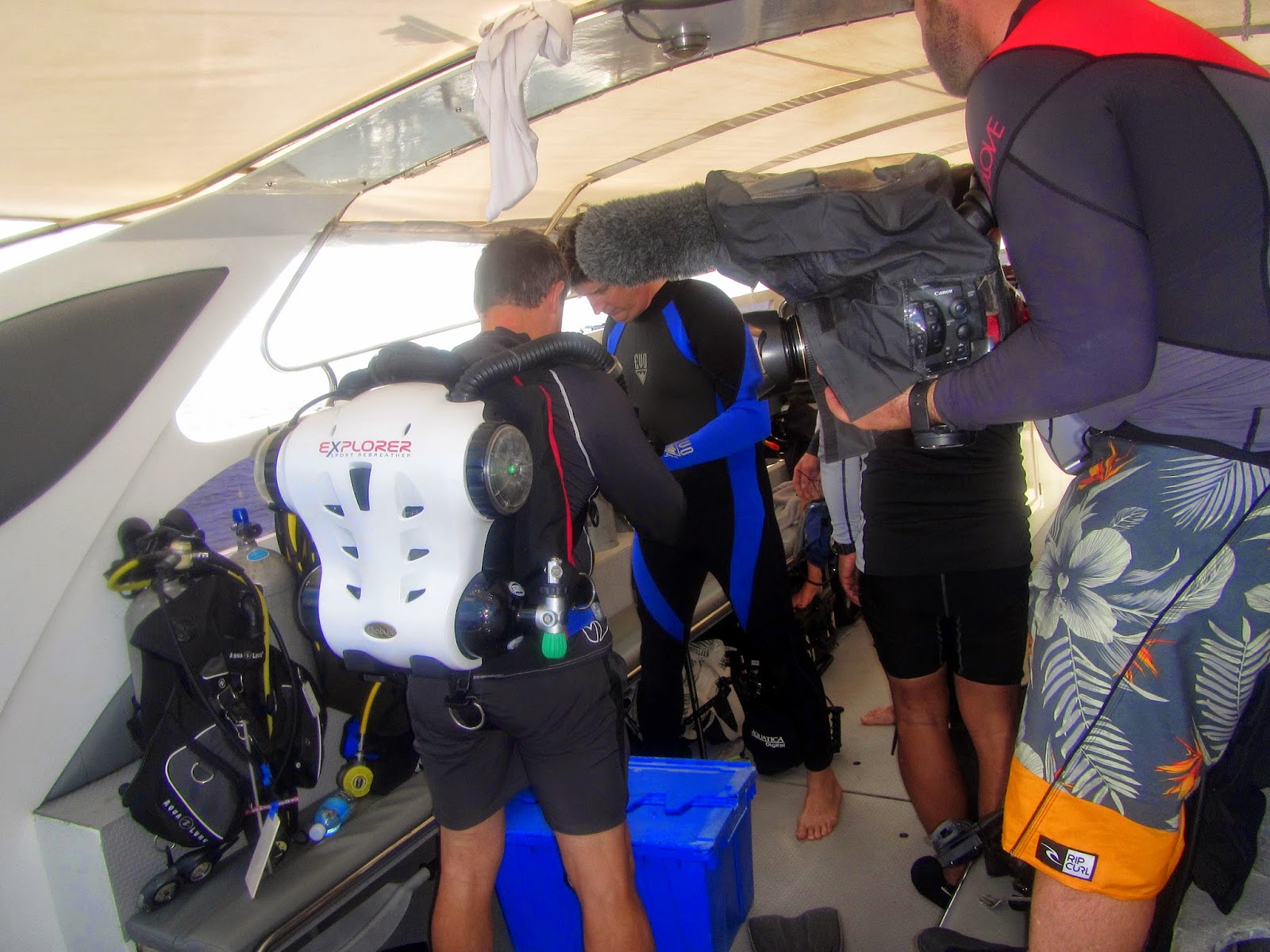 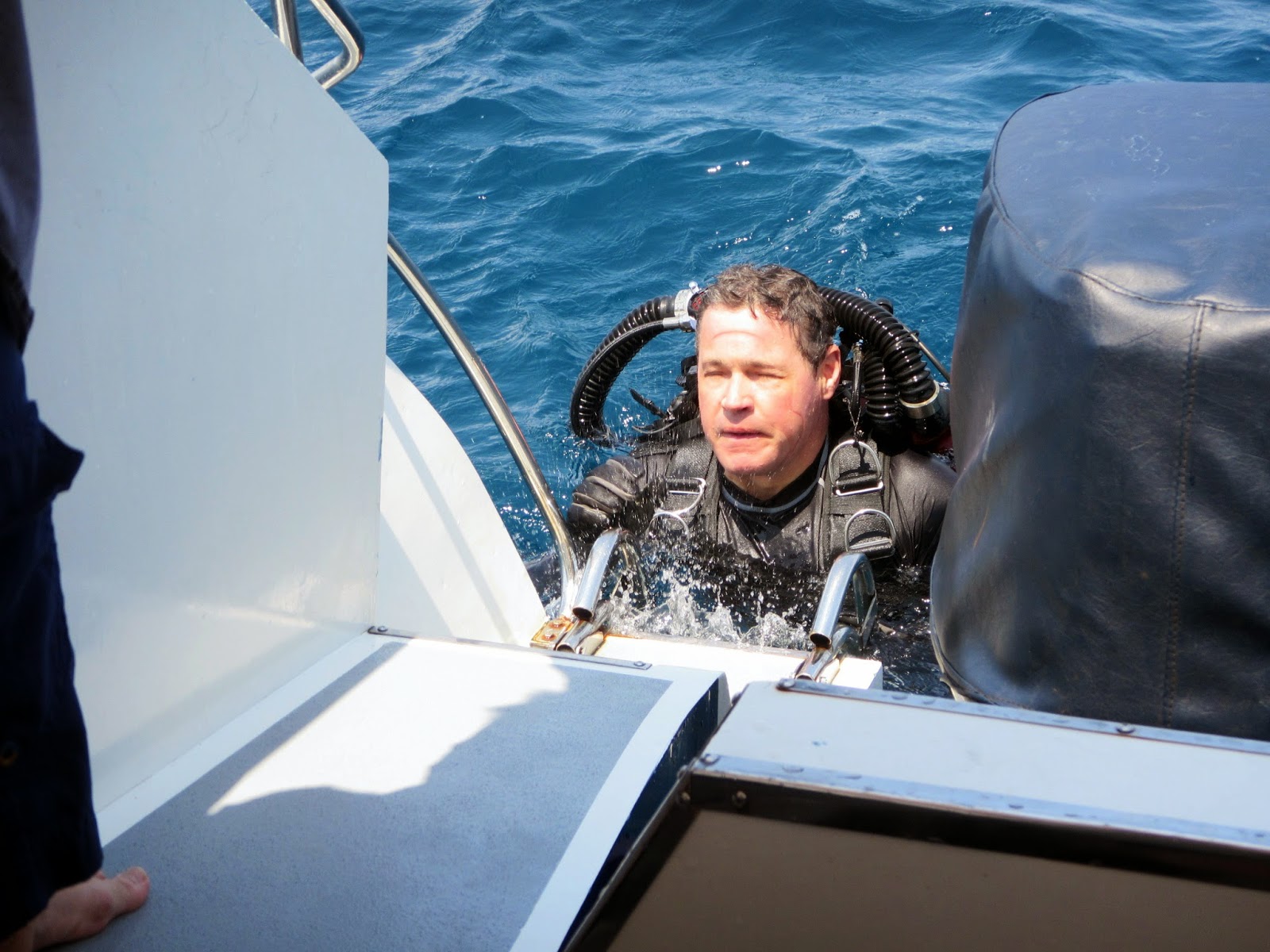 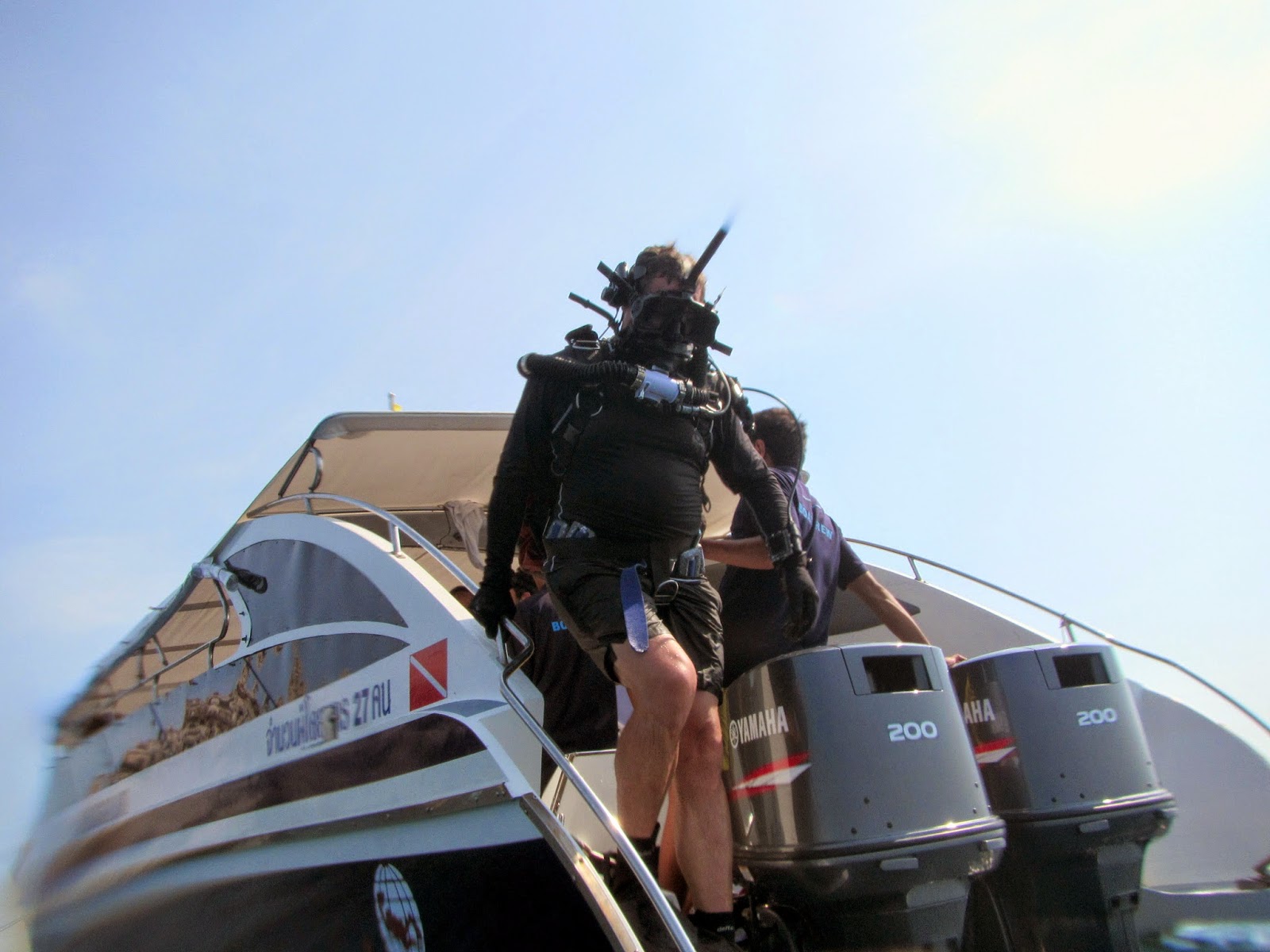 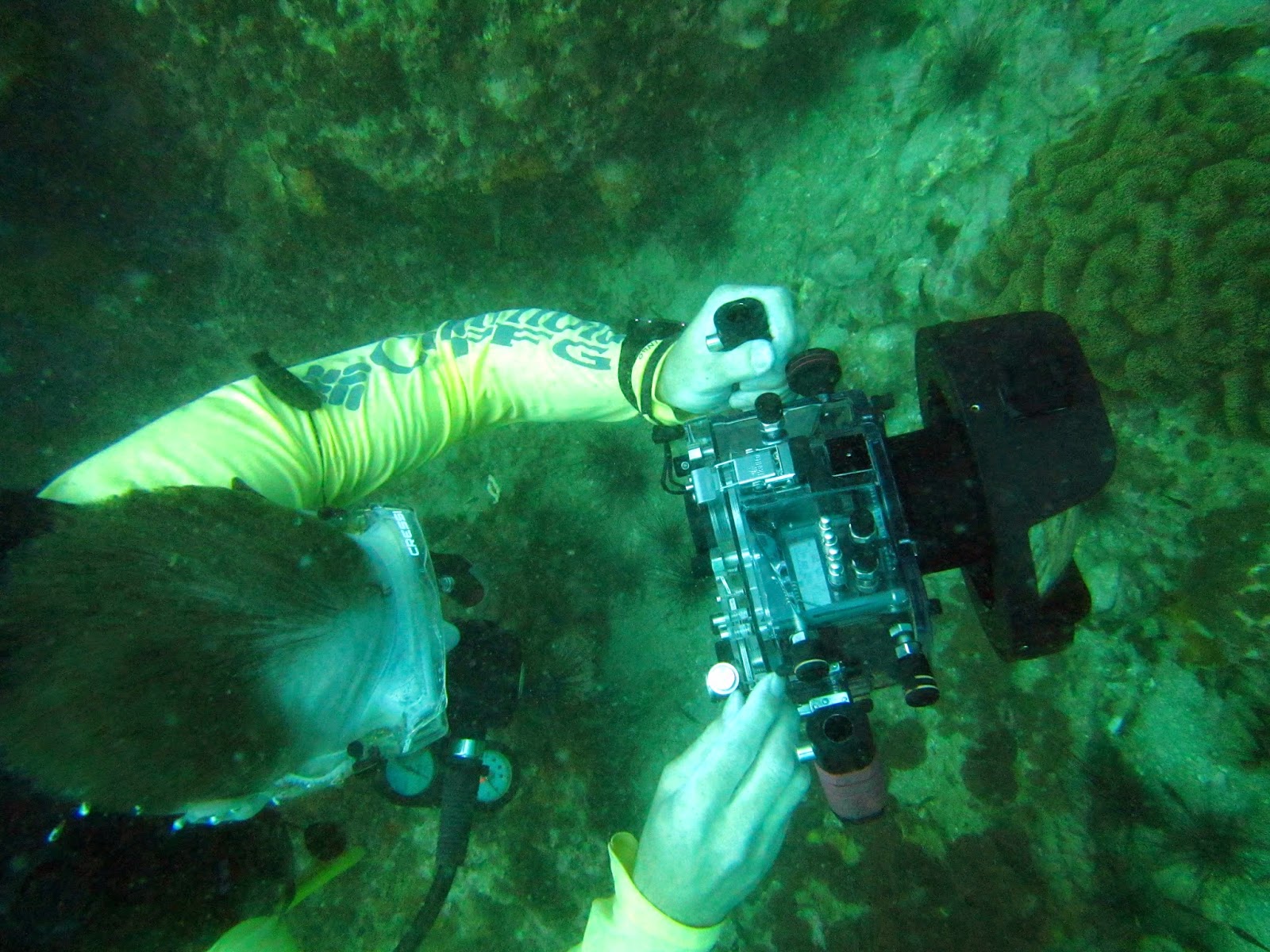 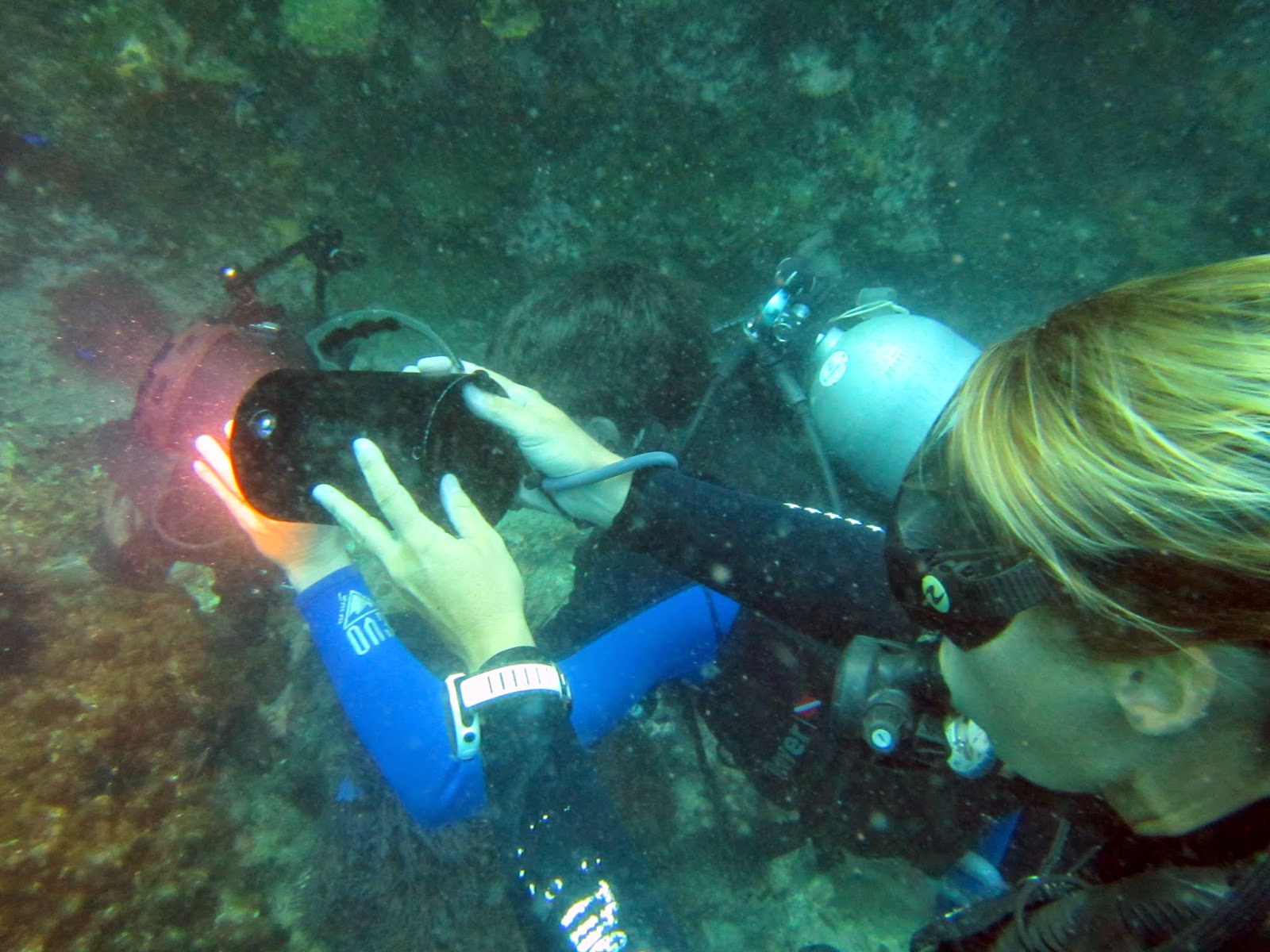 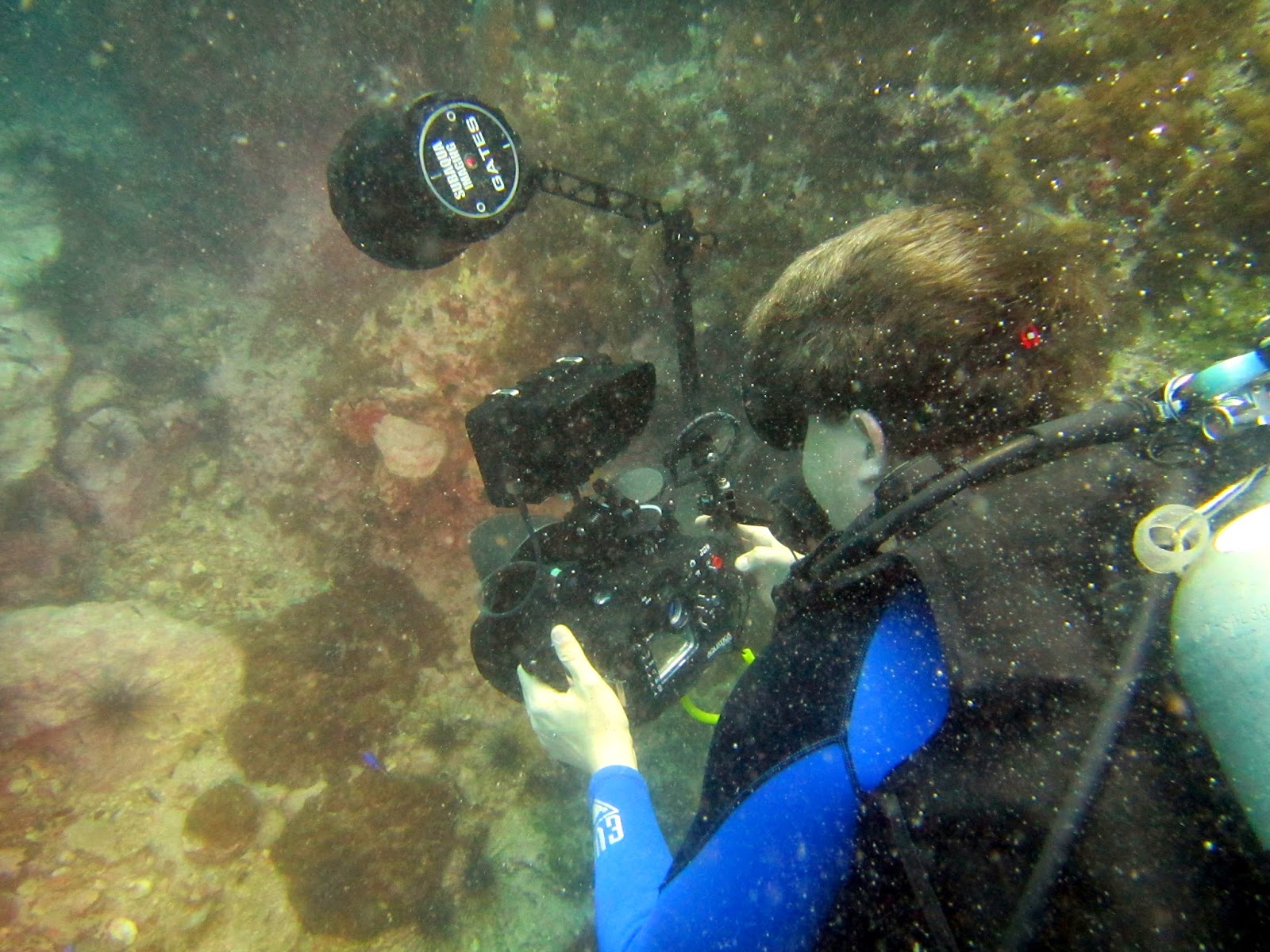 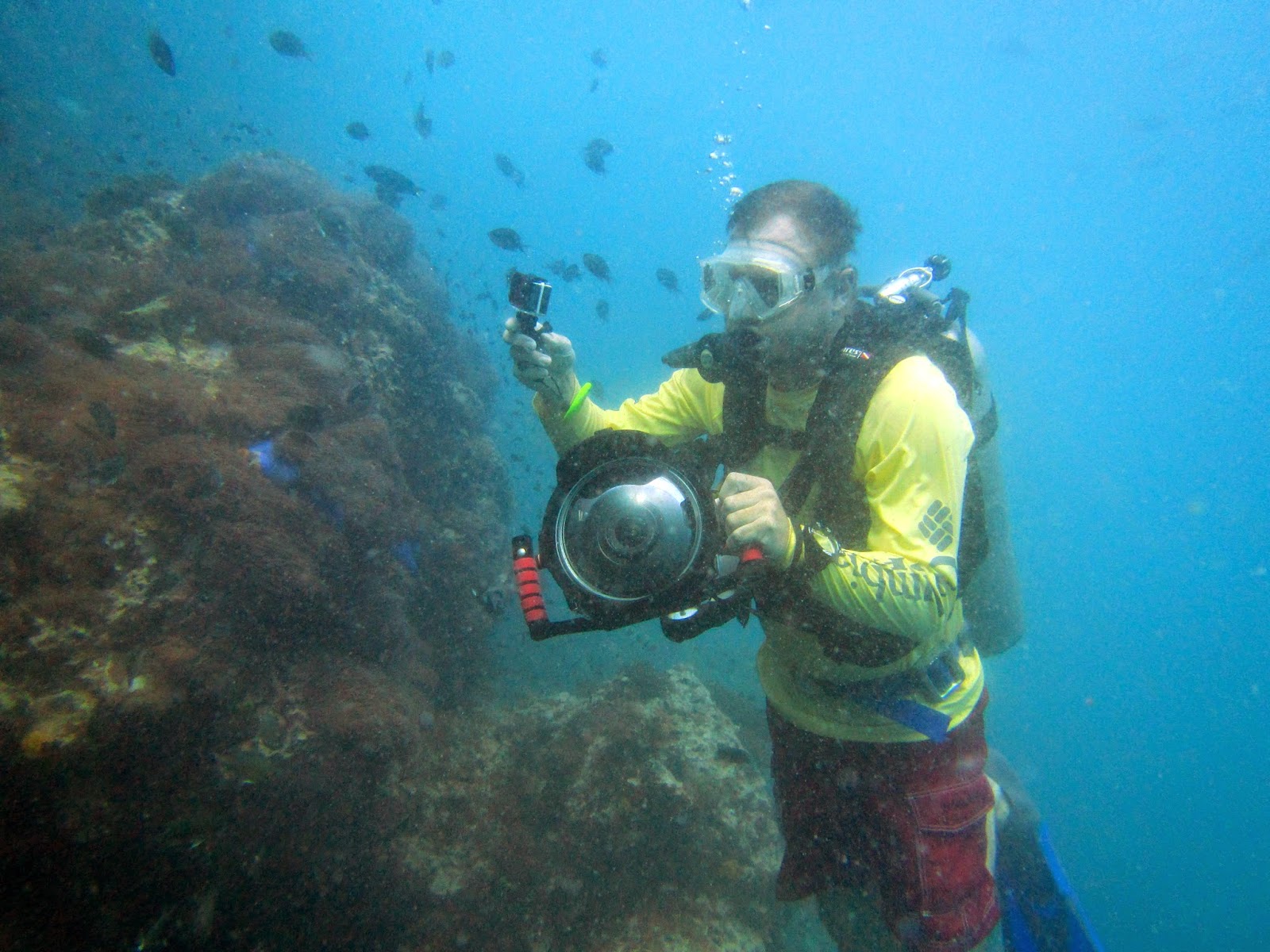 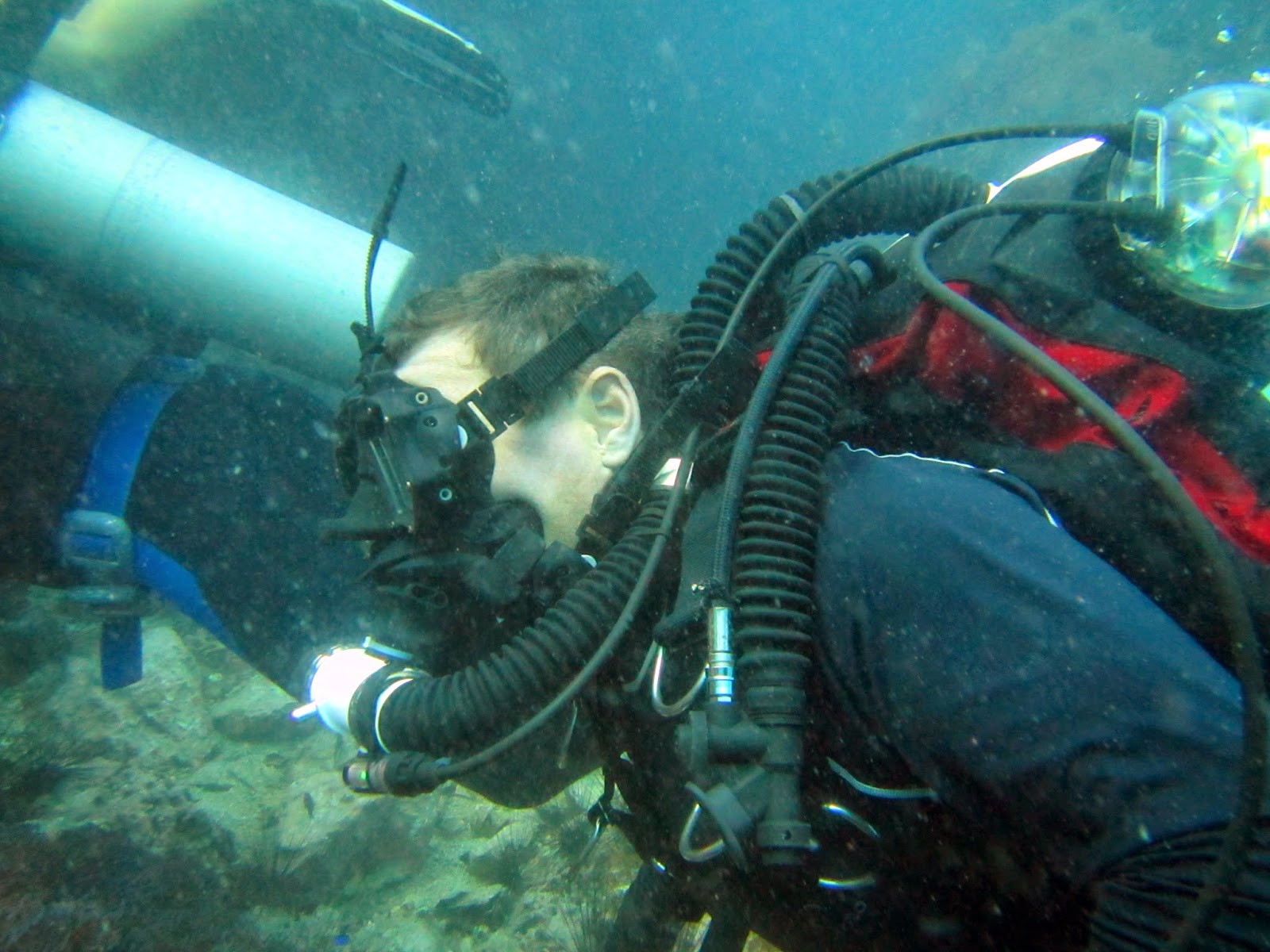 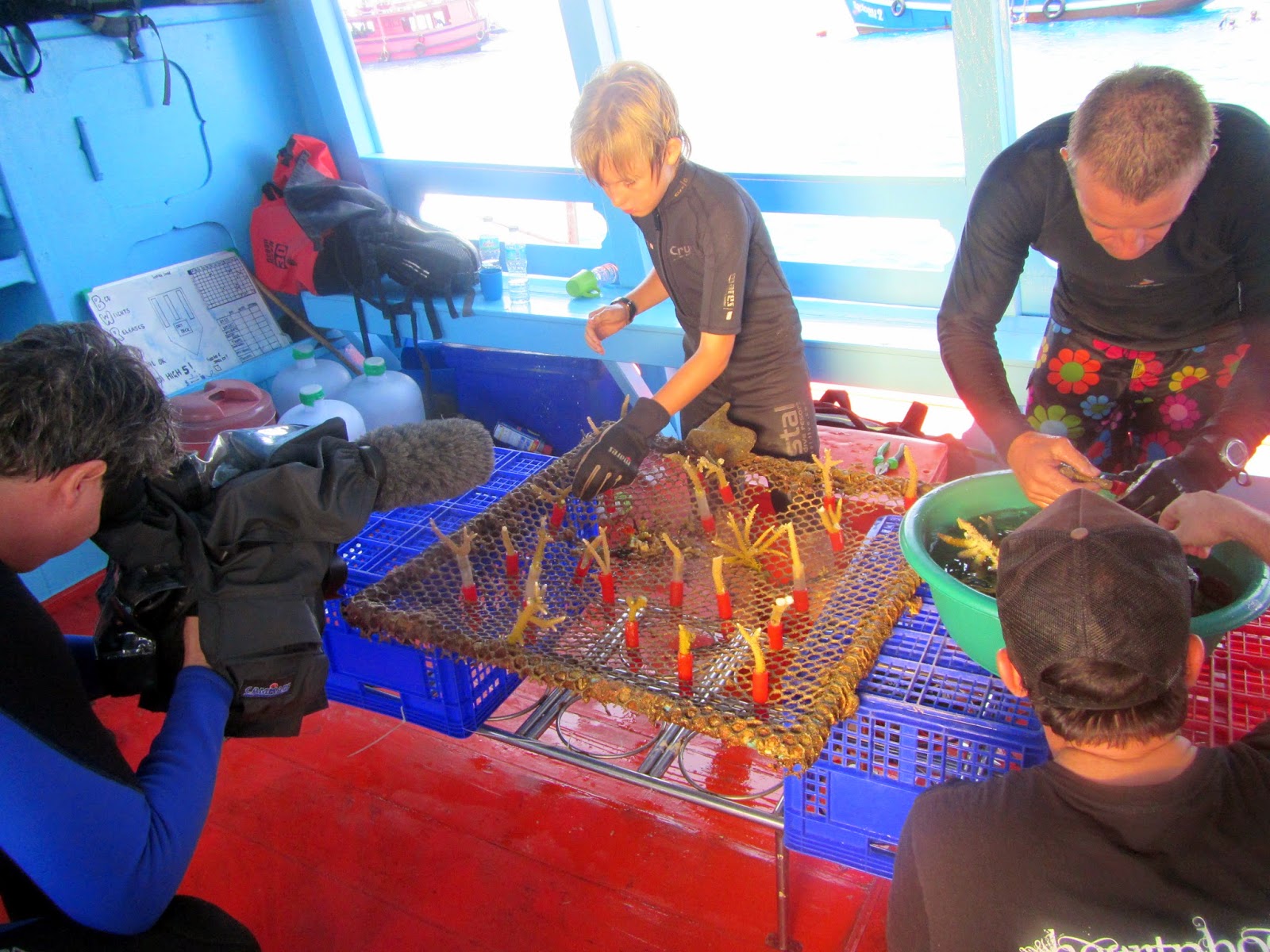 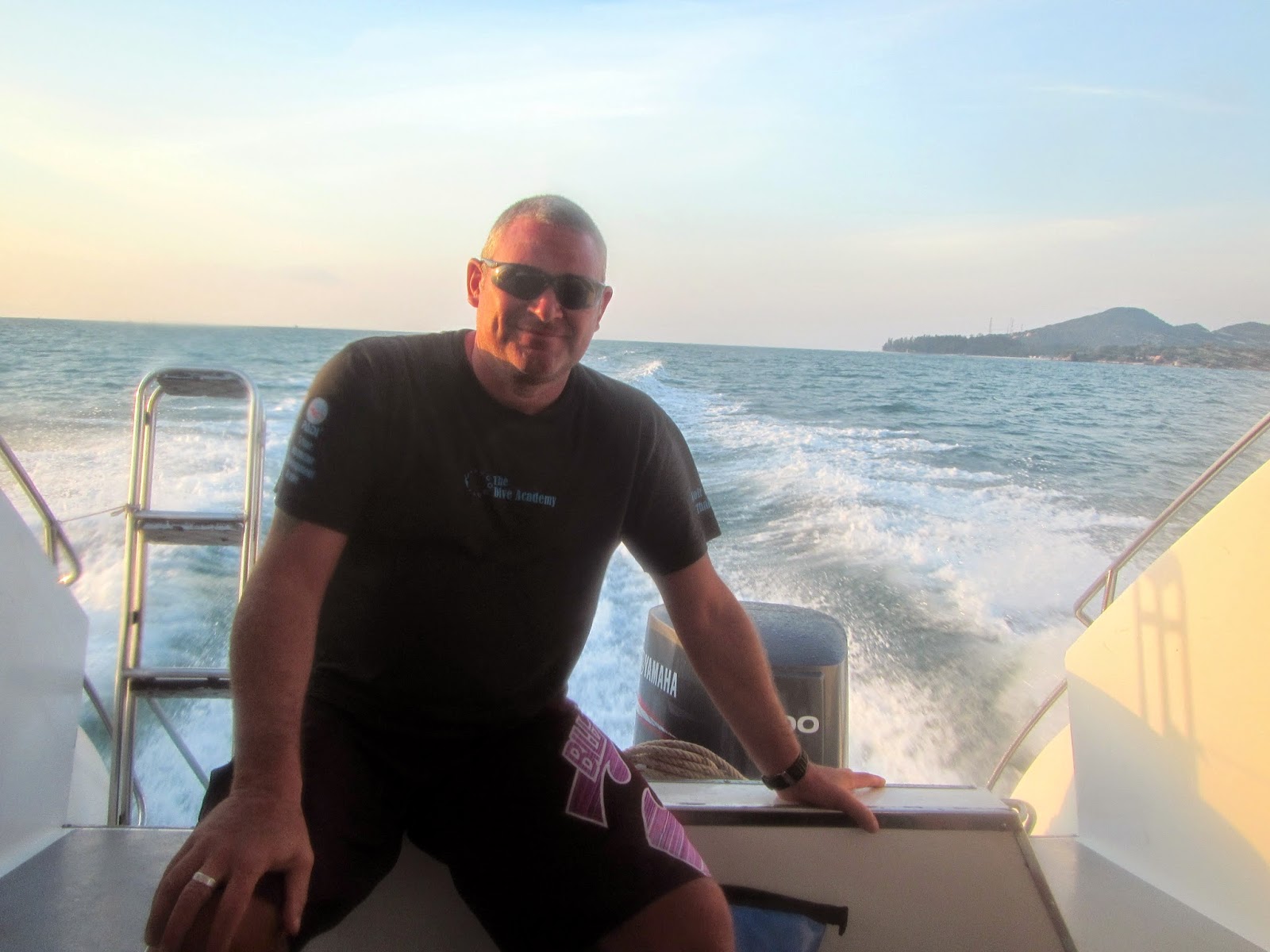 It's not very often I get an Emmy Award winning Director taking my picture!!